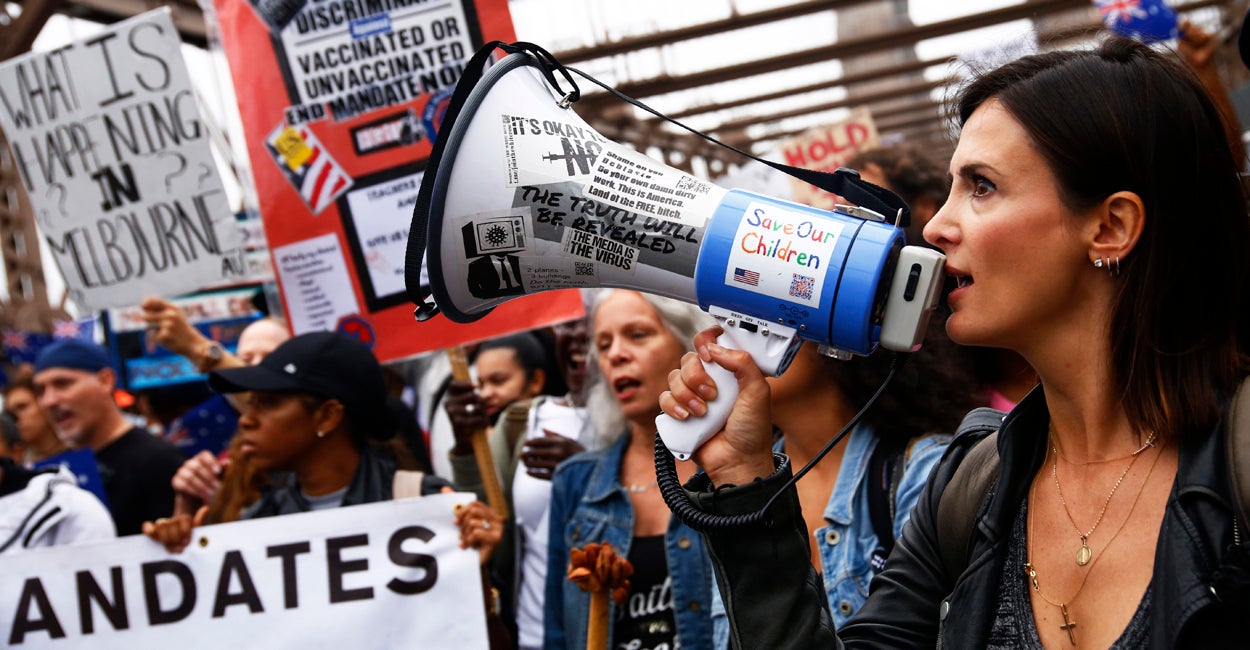 Editor’s Note: Here are some recent emails from the Daily Signal audience that caught our attention. See what you think and be sure to send your own comments to [emailÂ protected]â€”Ken McIntyre

Dear daily signal: I have kept myself abreast of news regarding local school boards, the progressive school curriculum (created and controlled by the school board and now rooted in many school districts) and the tyranny of these school boards when parents and citizens question their policies.

These school boards establish rules for meetings which are not promulgated to the public and thus, by these rules, they can prevent or prevent the active and constitutional participation of parents and concerned citizens.

It seems obvious that because most voters did not give much importance to electing school board members, candidates often “squeeze” themselves and their ideas into power. And, I believe, a lot of times the candidates don’t even campaign, so they don’t have to declare their educational philosophy, their views on appropriate study programs for students, or their political affiliation.

Most voters have no idea which candidate would best implement their ideas and values â€‹â€‹for good child rearing. I have to admit that I usually don’t even vote for school board members because I have no idea who they are, what they believe in, or whether they will be good at their jobs. Their views, philosophies and agendas are not published in their profiles in my local newspaper.

Now that so much attention has been paid to this issue, I hope that school board candidates will be required by the voting public to be direct and honest about their views and their programs. Perhaps the focus on the outrageous plans and tyrannical behavior of current board members will even result in some callbacks.

It also seems evident that those with radical political philosophies are recruited or at least encouraged to run for school boards because of the general attitude of voters that what they are doing is trivial. In addition, voters do not have the opportunity to learn more about the ideology and plans of each candidate for the school program.

I am 84 years old, so this problem does not immediately affect me or my family. However, it is unbearable for me that innocent children learn racism and are corrupted by radical sex / gender education.

I hope that parents and concerned citizens will make it a priority to come to school boards in order to bring some common sense to the education provided in our public schools. And with the help of honest media, they will continue to expose the radical agendas and agendas of those who have surreptitiously undermined the values â€‹â€‹of parents of students and other citizens by indoctrinating children.Elizabeth Corr, Naples, Florida.

Dear daily signal: Matt Schoenfeldt’s comment as a concerned parent about the use of a video of a transgender activist in a public school classroom, and homework that openly defends and pushes the trans agenda, is pushback best articulated I’ve seen (“My Son’s English Teacher Showed a Transgender Activist’s Video in Class. Here’s What I Did Next.”).

If more parents were as concerned as Schoenfeldt and took the time to review their children’s schedule and then set up meetings like Schoenfeldt did, that would be a great way to block and ultimately stop all indoctrination. inappropriate of our children and grandchildren. whatever the objectionable subject.

Well done, concerned parent in Howard County, Maryland! Lead the way and show other parents how to protest civilly, without violence, but in a balanced, articulate, respectful and yet energetic way.David Peters, Horry County, South Carolina

Was Jesus an addict? George Floyd was. Do we have any evidence that Floyd helped others when it didn’t necessarily benefit him? Jesus did.

There is a lot more to say, but where is there a comparison between the two? I truly adore Jesus, but I don’t respect George Floyd enough to make him even slightly comparable to my Savior.

I agree that Floyd’s death was unnecessary, but it has nothing to do with his elevation to the status of Jesus Christ. I know firsthand how difficult it is to lose a son; I have been there. But the comparison does not hold.

It seems that I will no longer be donating to the Catholic University.Janelle Kavanaugh

Dear daily signal: I agree with the comments of Senator Rand Paul, R-Ky., In her interview with Mary Margaret Olohan about not making COVID-19 vaccination mandatory for children, or anyone else. by the way (“Rand Paul: Activists Pushing Critical Race Theory, Gender Ideology” wants to ‘hold your child down and give him a shot without your permission’).

It is utterly ridiculous that President Biden and the Centers for Disease Control and Prevention ignore the fact that many have natural immunity because they have already contracted the coronavirus.

In addition, the serious consequences of myocarditis in young people and children should be sufficient to warrant further study of the vaccine.

We should do a cost-benefit analysis of COVID-19 vaccines, especially in young people and children. Most people who have contracted the virus have few symptoms and recover without incident. Why then risk myocarditis or other serious ailments by making the vaccine compulsory?

The world made this decision years ago when the scientific community decided to stop vaccinating against smallpox. Of course, it was felt that smallpox had been eradicated and the potential side effects of the vaccine could be devastating. The cost-benefit ratio was clear. It is “science”.

What our country and the world are going through is not science but an effort to control people. The only real winners are Big Pharma and those with a monetary investment in COVID-19 vaccinesâ€”Diane Watson, IA

As someone in the “danger zone” for COVID-19 at age 65, I have little patience with civility calls.

If people cannot understand basic biological science and trust no one but their ideological soul mates, they are doing the equivalent of driving the wrong way on the freeway drunk, endangering the rest of us.

I feel sorry for the spouses, children and friends who are shocked and surprised that this virus is real and deadly. No death, especially as horrific as that of COVID-19, should be celebrated.Eric Kelley

Finally, a federal court of appeal makes good sense (“Federal Court of Appeal upholds blocking of mandate for Biden vaccine”). The mandate of the Biden vaccine for private employers is bureaucracy at its extreme.

Government officials have had over a year and a half to make recommendations, but all they can do is create crises to justify Biden’s vaccine mandate.

It’s hard to believe this will cut down on anything when all you have to do is watch a professional or college football game. The stadiums are full, and when you see a crowd, guess what? No masks.Philip G. Daspit, Florida

Douglas Blair contributed to this edition of “We Hear You”. The Daily Signal publishes a variety of perspectives. Nothing written here should be construed as representing the views of The Heritage Foundation.

Have you lost money on your investment? Johnson Fistel, LLP encourages investors to contact the company

Fifth of companies are interested in CDC – DB & Derisking devices