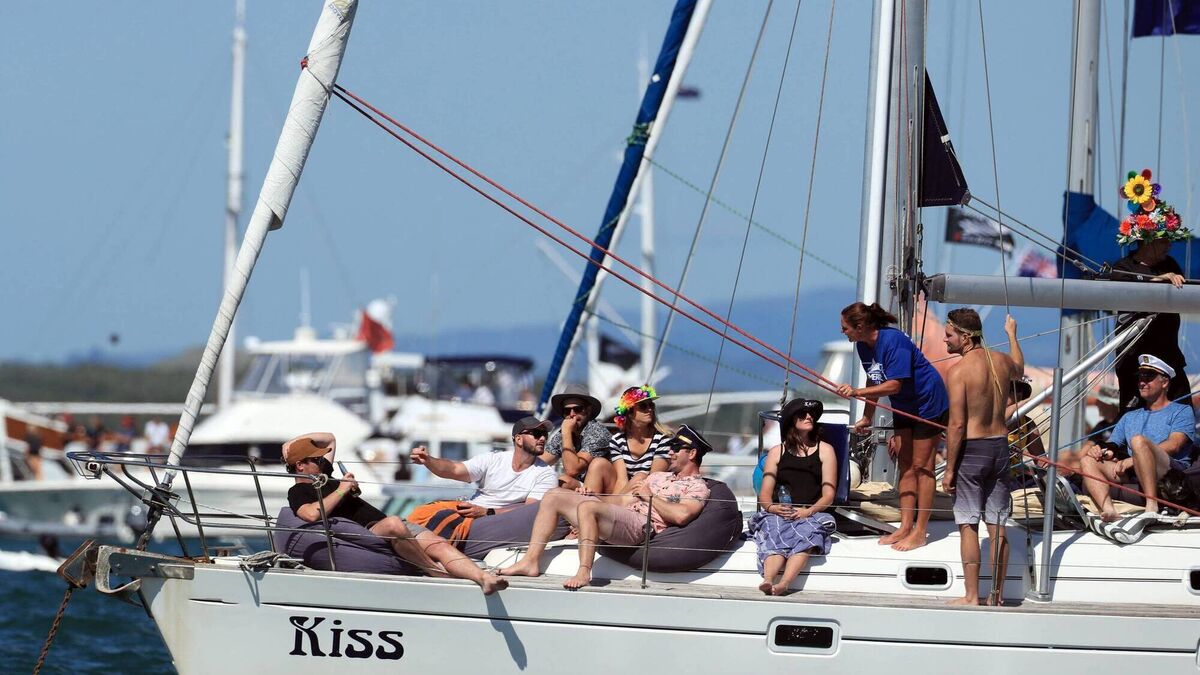 Farewell to the America’s Cup 2024. We hardly knew you. You never came, we never saw, and no one was conquered.

Yesterday we learned that the big international sailing competition is unlikely to take place here in Cork (an announcement to confirm this was due today).

Our hopes were raised on Monday but dipped a bit on Tuesday, and finally sank to the rocks on Wednesday: the end of the America’s Cup dream, or Craig David’s worst song of all time. Make your choice.

Should we be disappointed or relieved, or both? Personally, I think the two sensations can be accommodated.

For example, here is an event that had all the potential in the world to put Cork on the map, attract huge investments and generate income in the city – and cause huge division.

If you doubt me, consider the Eoin English report earlier this week, when we were stunned at the thought of thousands of well-heeled visitors jumping off the train with wheelbarrows of cash they hoped to unload in Cork.

At this early stage in our short but very exciting relationship with the America’s Cup, we were really in ‘whatever you want, we will’ mode.

Eoin reported: ‘Cork Chamber, wineries and hoteliers have urged the government to pledge to spend around 150 million euros to host the huge global sporting event in and around Cork Harbor ahead of an expected decision race organizers …

â€œA cost-benefit analysis carried out by EY consultants has shown that it could bring up to â‚¬ 500 million to the economy, generate 2,000 jobs, attract up to 2.5 million visitors, generate between 9 and 11 million overnight stays, and be watched by approximately 900 million viewers worldwide.

Ah, the generation of windfall for the local economy. Think of it as the first courtship seated dinner, when things got beyond the mayhem behind the DJ box, or whatever the modern day equivalent of such opening maneuvers.

The monetary value of such a windfall often appears to come from somewhere in the upper ozone layer, although in fairness there appears to be an attempt at justification here, with relatively concrete numbers provided for overnight stays in hotel and job creation.

But this is also where the snake enters our paradise, as job creation indicated a likely flashpoint if this competition had ever landed on our shores, or a few hundred yards from our shores to be more precise. .

This is because the America’s Cup is an event for the wealthy.

â€œThe entry fee for the America’s Cup 2021 is $ 2 million per team, but that’s just the tip of the iceberg,â€ Yachting World said earlier this year. â€œThe cost of managing a team, developing some of the world’s most high-tech boats, support crews, sailors and infrastructure is in the tens of millions.

With that in mind, would it have been appropriate for the government to allocate funding to the public treasury – your taxes, in other words – to smooth the way for billionaires, to give them a frictionless experience in Cork?

Go further in the logic and see what was proposed by way of preparation, or how these 150 million euros were to be spent.

“50 million euros on event costs,” Eoin wrote, “much of which could be recouped through sponsorship and ticket sales, and 100 million euros on infrastructure costs, including the electrification of the Cork to Cobh railway line and improvements along the town’s Kennedy Wharf which house a fan and a racing village.

“Discussions are also underway for the construction of a hydrogen plant at a site in Crosshaven to produce fuel for the support boats of the racing fleet.”

I’m not qualified to talk about the long-term benefits of a hydrogen plant, nor its short-term benefits, but the electrification of the railway line and improvements to the facilities along the quay would likely have been designed as long-term improvements that would benefit the region.

However, is there not a recognition here that these facilities, rail and platform, need to be improved?

Also, is there not a tacit admission on the part of the government that it can release funds for such improvements?

The news that the event won’t happen may disappoint yachting fans, but what about the large number of people who are fans of decent rail services and good outdoor facilities?

Aren’t they worth facilitating, considering that most of them … live here, and aren’t they people who would visit a bit before getting on their yachts, literally, until at the next port of call?

There is no denying that proposing to spend public funds to help people navigate their solid gold boats seems almost perfectly designed to anger a lot of people, given the elitist image of yachting.

(Correction: elitist reality.) You don’t have to be a paid Marxist to ask why those who can afford to enter the race in the first place don’t pay for the labor necessary to accommodate their competition.

As a result, we may have dodged years of recrimination and pointing at the funding of the event. Which is quite disappointing, I have to admit.

But there is another angle here that is worth considering. In his report yesterday recording the offer to Davy Jones’ locker (avast over there with nautical terminology – editor’s note), Eoin noted: months – to examine the costs and potential financial benefits. Sources said there appeared to be no political will to support the event. “Hmm.

The knee-jerk reaction here would be to assume that the political will to support the event could have been stronger if it was aimed at Howth or Dun Laoghaire, perhaps.

It is such an obvious response that the reaction of exasperation is easy to imagine: provincials likely to be immediately on the lookout for a snub.

But is there something to be said for the gut reaction sometimes? What we have learned over the years, often at our expense, is that if the political will exists for something, then it tends to overshadow other elements when making the final decision.

As in: if the will exists then a project has a chance, all other things being equal. But if the will does not exist, then all things end up being unimportant, not equal.

Despite all the pleasure I have had at his expense, I cannot help thinking that in the future this lack of political will may seem even more myopic than it does this morning. And this morning it does indeed seem very short-sighted.

Derby County: EFL says no decision has been made on point deduction