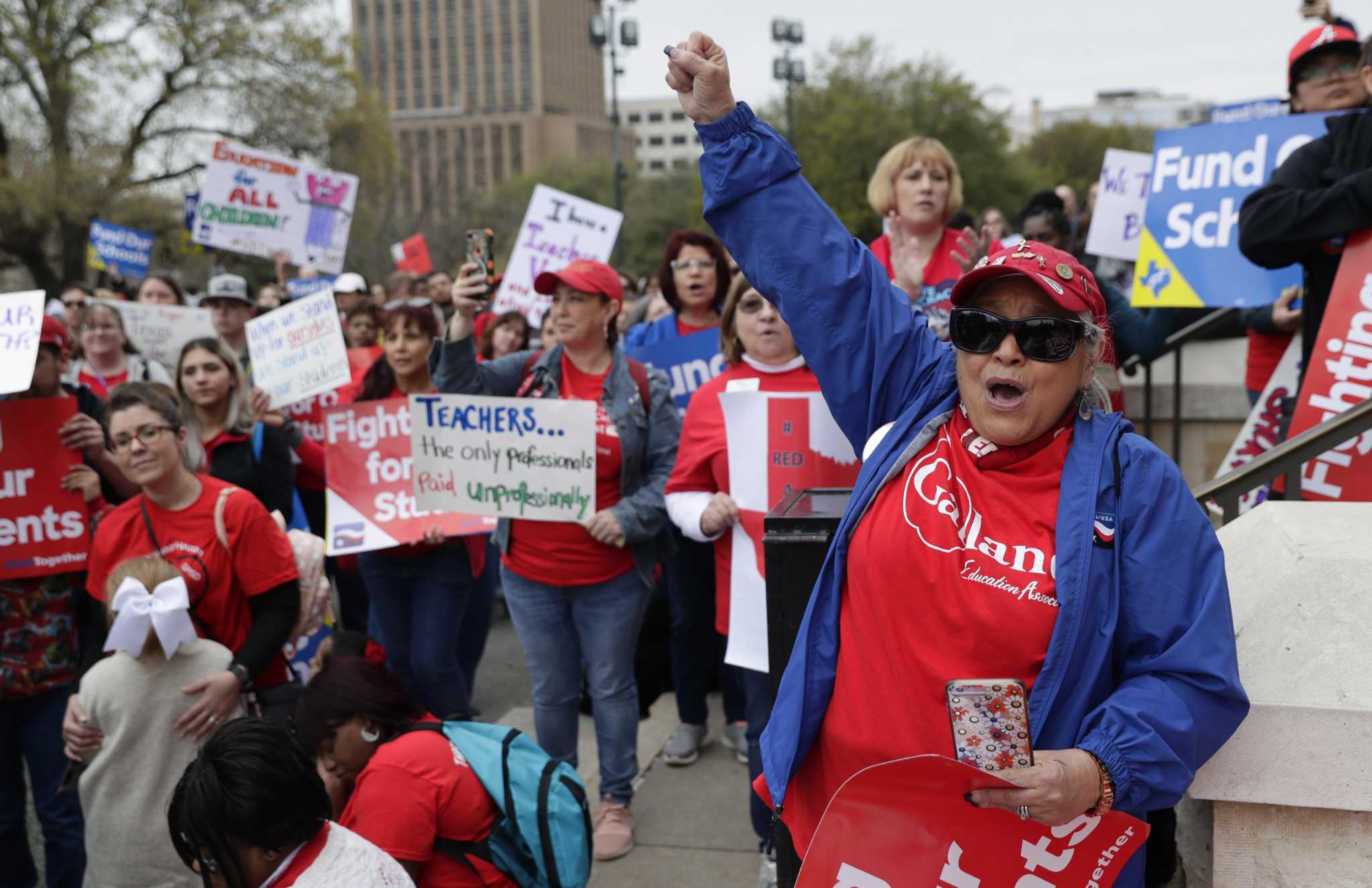 As the State House Appropriations Committee considered the “13th Check” bill on Monday afternoon to provide an additional pension payment to retired public school employees, the conversation mostly focused not on what the bill does – for it already enjoys overwhelming bipartisan support – but rather on what the bill does not.

“While one might fear that this 13th check may not be enough for some, for others it will literally be a lifeline,” said Rep. Glenn Rogers, a Republican from Graford.

The bill has already passed by an overwhelming majority in the Senate, and it would set aside around $ 700 million to give one-off checks to retired public school employees based on their monthly retirement payments. Payments would be capped at $ 2,400. Many public school employees in Texas do not contribute to social security, thus, once they retire, their pension payments are sometimes their only monthly income.

No COLA for retirees since 2004

But what retirees want most is not a one-time check, but rather a permanent increase in the benefits they receive each month, known as the cost of living adjustment, or COLA.

Under state law, only the legislature can order the pension fund to adjust its payments, and the average pension payout is around $ 2,000 per month, said Tim Lee, executive director of the Texas Retired Teachers Association. Benefit amounts have not been adjusted for any teacher since those who retired in 2004, he said, and about half of members have never received a cost of living increase.

â€œPeople will benefit now, but in January 2023 a lot of them will start to see that the extra payment dollars have been spent, the bills are still there and what they really need consistently is a increase in their basic retirement benefit, â€said Lee, who testified later at the hearing, in a telephone interview earlier today.

In 2007, the legislature authorized a similar 13th check payment for retirees – paid for by the pension fund itself – and it did so again in 2019, this time paid for out of state revenue. This year’s payment would be publicly funded thanks to a faster-than-expected economic rebound, said a spokesperson for House Speaker Dade Phelan, who posted a multibillion-dollar surplus.

The legislature envisioned a permanent COLA earlier this year, although it is not on the table for the current special session, which ends early next month. Rep. Greg Bonnen, chair of the appropriations committee, pointed out that if retirees received a 13th check this year and a COLA in the 2023 legislative session, they would actually receive more money overall than they did. ‘would have if a COLA were adopted earlier this year. It would also give the pension more time to demonstrate its financial stability and justify to the legislature that it can afford higher permanent benefits.

But while the bill is a traditionally non-partisan issue – â€œEveryone loves their retired teachers,â€ Rep. Justin Holland, a Republican from Heath, said at the hearing – it has been politicized by them. month.

When House Democrats ditched the city to deny the GOP a quorum to enact proposed electoral law changes, Republicans accused their colleagues of denying teachers – a traditionally Democratic constituency – the money they desperately needed .

“Our retired teachers deserve better than the Democrats in Texas who are abandoning them and relinquishing their duties to those who elected them,” he added. Abbott spokesperson Renae Eze said in July.

Democrats hit back, claiming the GOP slowed down the bill earlier in the year.

â€œTexas House Democrats supported both a 13th check and a cost of living increase for our retired teachers during the regular session. Yet Gov. Abbott and Republican leaders have drowned out measures to keep dangerous and partisan bills afloat, â€Rep. Rafael AnchÃ­a, a Democrat from Dallas, wrote in a July statement.

Lee said the politicization of the issue had positive and negative effects on retired school workers.

“It gave us more coverage, which we were happy to see, but I think on the negative side it probably discouraged members because they like to see retiree aid as non-partisan,” he said. -he declares.

Smart home automation is the key to demanding flexibility

Viva Energy says that the intermediate quadruple profit, to repay the capital